So what happened this week?

A new story came out yesterday, and with it an entire new option up there on the menu bar. In my last post I described the Iyashikei genre, mentioning that my husband had challenged me to write something with similar qualities. While writing this story I realized that it would not be complete in one installment. And so, I’ve accidentally started a new web serial.

The name of the series is 53 Ganymede. It follows Claire Brown — a young woman who finds herself moving to a big city and renting an apartment in a beautiful, if eccentric,Victorian house. Unlike Secrets and Skin, 53 Ganymede is episodic and not a serialized novel (think discrete tales instead of chapters). Like its inspiration, these stories are intended to be calming and immersive — a safe haven for those just looking to relax, meditate, or heal. The also have a touch of magic, mystery, and mischief… just to keep things interesting.

You can find the first episode below: 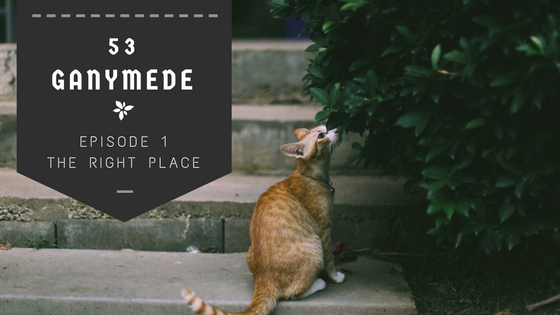 Aside from this, Secrets and Skin Chapters 24 and 25 released Wednesday and today respectively. You can read them below:

Or read it on Wattpad

Or read it on Wattpad

Lastly, my short story Host is still up for an award on Wattpad and could use your votes! You can find it by clicking HERE.

If you don’t have Wattpad but would still like to read it, check out the link below:

Thanks for all of your support!